Intensity - Light intensity, measured in lux, clux or foot candles, is also important for poultry production. In general, light intensity below 5 lux is too dark to stimulate proper growth and production, while higher light intensity (above 50 lux) may cause nervousness and aberrant behavior. Reducing lighting intensity may be beneficial on farms using low–lighting environment to reduce hyperactivity, pecking damage and energy costs without physiological stress effects on broiler welfare, according to USDA researchers in Mississippi. There were some significant effects of light intensity on some carcass characteristics.

There were no differences in feed conversion ratio, but the birds subjected to dim lighting were around 70g heavier than those in bright light. The birds in bright light were more active and fed more during the day but less active and fed less at night than those reared with dim light. Birds on low light intensity had larger and heavier eyes than those receiving bright light. These results suggest that light intensity, rather than photoperiod, has more influence on broiler behaviour and eye health and that very low intensity appears to dampen behavioural rhythms.

The following tables provide some of the most common lighting programs for different types of poultry operations. 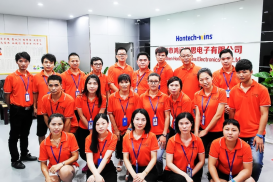